Software Bisque recommends that you install the latest release of TheSky.

Both allow you to install TheSky with the latest changes, without having to download the full installer.

Please use the flowchart below to make sure you’re running the latest release: 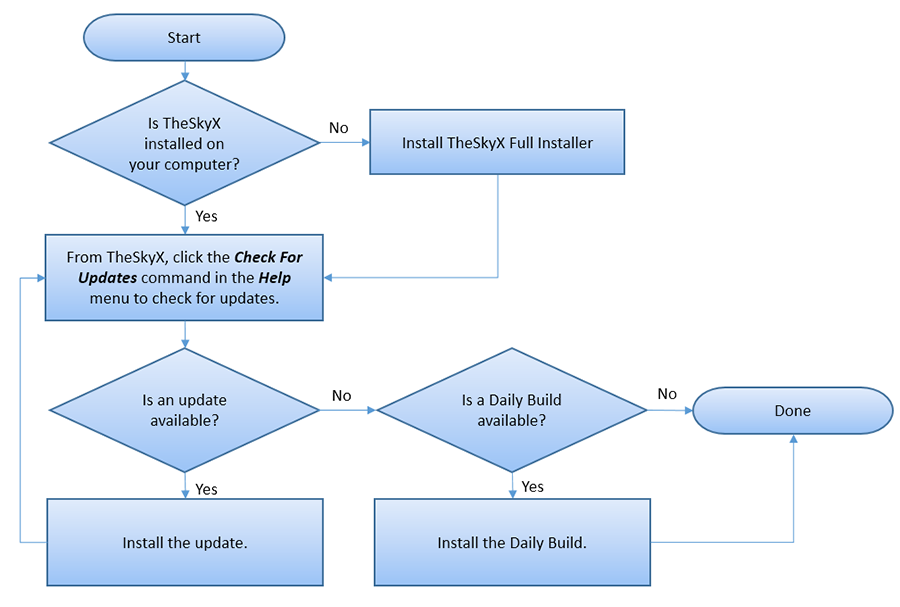 What is TheSky Full Installer?

Full Installers install all the files required for a given version and build of TheSkyX to the end-user’s computer.

What is TheSky Daily Build?

Software Bisque offers a Daily Build of TheSkyX Professional Edition (only) so that “power users” can access new features, improvements, and bug fixes.